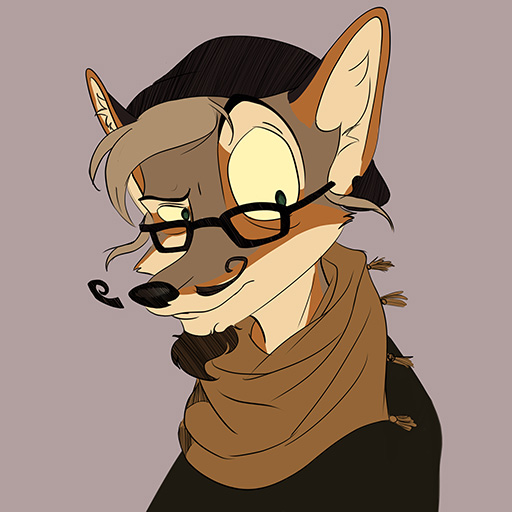 In the fall of '87, Grayson A.C. Laramore was discovered by scientists in the Nevada desert. Researchers were excited by this new type of mineral that could walk, talk, come up with stories, and even draw cartoons.

This mineral, which resembled concentrated salt, later earned a Bachelor's in Animation. Grayson has also been credited in the production of game design, stop motion, traditional animated shorts, 3d animation, stage and radio plays, web design, graphic and print design, illustration, and even wrote a musical which was applauded by a live audience.

When he's not being mugged in a dark alley by his wife and kid; stockpiling melee weapons for the inevitable viking apocalypse; or crying himself to sleep after a day of writing, drawing, or animating; he can also be found wood working, carving little wooden friends to keep him company in his blacksmithing shop. They help him with his obsessive inventing and over engineering of ideas.

Showing greater potential than your average mineral (except dolomite... don't trust dolomite with your house keys), Grayson has made it a life goal to make the education for art and visual story telling available for free to people of all walks of life. Discover more at Atelier Abbey or stick around to enjoy some silly comics and fun musings over at his blog